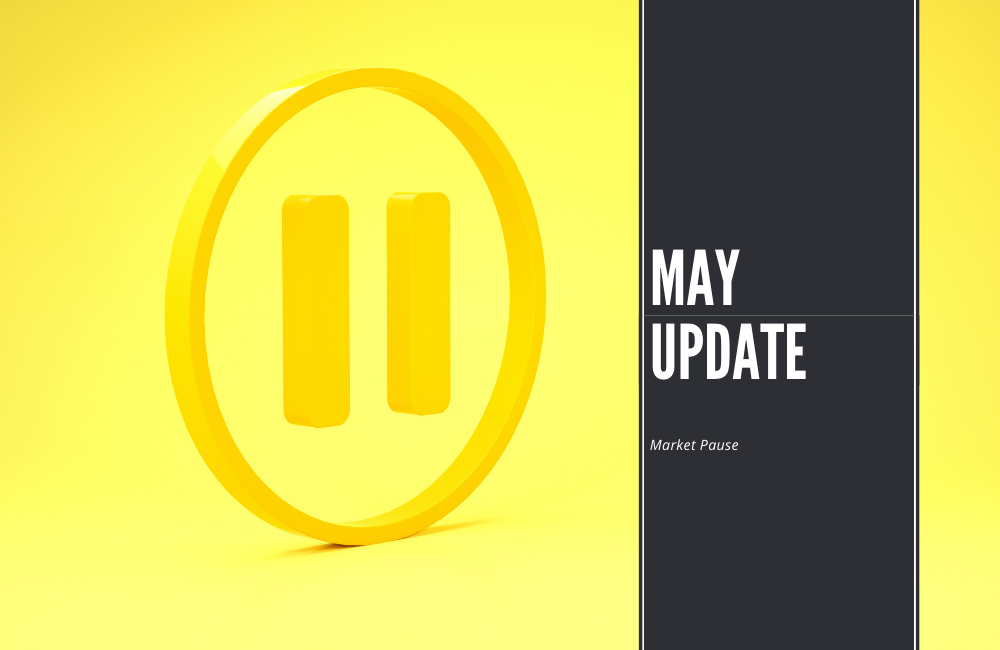 As Markets Pause to ‘Take Stock,’ So Should You

What a difference a year makes. At the start of May 2020, the stock market was struggling to crawl out of a deep crater triggered by the onset of the Covid-19 crisis. By May 1st it was only halfway back. Meanwhile, the economy was about to experience its worst quarter of economic shrinkage ever. Businesses were shutting down, unemployment was skyrocketing, and the worst was yet to come. The picture could not be more dramatically different in May 2021—but that doesn’t mean we aren’t still facing challenges.

Before I talk about those challenges, let’s take a moment to savor the developments of these past few weeks, both socially and in the financial markets. Socially, an estimated 100 million Americans have been vaccinated against the Covid-19 virus, as of early May.1 As a result, more and more states are easing pandemic restrictions, allowing more businesses to get back to operating near full capacity. All this is happening just as many corporations are reporting record earnings. As of April 30th, 87% of S&P 500 companies had beaten profit expectations for the first quarter—by far more than usual.2

Partly in response to all this, the stock market continued climbing in the first half of April, with the Dow Jones Industrial Average topping 34,000 for the first time ever on April 15th.3 That’s good news, but remember, the markets are forward-looking. Ostensibly, they anticipate economic developments more than they react to them, which is probably why after hitting new records in mid-April, they paused for the rest of the month to consolidate. In the financial world, “consolidate” describes a period when the market realizes it’s gotten ahead of itself and slows down to basically take stock of the situation (no pun intended). Of course, this market has been “ahead of itself” for almost a decade thanks to all the Fed’s artificial stimulus. However, that only makes it more important than ever for big investors to slow down and consolidate when the economy shows signs of “overheating”.

In addition to record first quarter growth, remember that long-term interest rates saw a big jump from the start of the year to early April, as I discussed in last month’s newsletter. From January 1st to April 1st, the yield on the 10-Year Treasury rate rose from 0.93 to 1.74%.4 Although rates have leveled off and come down a bit since then, their rise combined with rapid growth have triggered concerns about the possibility that inflation could spike and put a drag on the recovery. Will it happen? If so, will the Fed overreact and raise short-term rates again, even after vowing early in the pandemic to keep their benchmark rate near-zero until 2023?

These are good questions, and they’re why I said it’s important to remember we’re still facing challenges. As for the inflation factor, here’s my take: Yes, we’ll probably see some inflation in the coming months, but it will most likely be transitory, not permanent. It will occur mainly from a short-term spike in demand prompted by some pretty obvious factors. The main one is that as the economy continues opening, people will be eager to take advantage of it. They’ll want to travel, go to parks and baseball games, and shop in stores rather than on their computers! All this, combined with the fact that many people have disposable income saved up from being in lockdown for much of the past year, will likely create a huge jump in demand.

At the same time, there are still supply shortages in some sectors of the economy due to manufacturing shutdowns during the pandemic. Remember, inflation comes from too much demand chasing too few goods and services. That drives up prices. The conditions are certainly prime for that to happen, but I think it will be only temporary. Once people get the pent-up urge to spend out of their systems, demand will level off again, the Fed will keep short-term rates where they are, and the recovery will continue at a pace that doesn’t spook Wall Street.

Of course, in the new Age of Economic Uncertainty, forecasting even the short-term future of the markets is more challenging than it used to be. Economists and analysts can only base their forecasts on economic fundamentals and the lessons of market history. However, in the days of unchecked quantitative easing and artificial manipulation, those fundamentals have been compromised. The bottom line for income investors is to never lose sight of the reason you’re invested for income in the first place: to have a strategy that may help to ensure your retirement income and attempts to minimize your risk regardless of market conditions. If the last year has taught us anything, it’s that the income model not only meets these core objectives, but it also has the potential to provide even more value for some investors under certain market conditions.

As I pointed out in last month’s newsletter, despite the rise in long-term interest rates throughout March, many income investors actually saw their portfolio values slightly increase on their last statements thanks to diversification and active management. Even the most conservative clients may have seen their values unchanged or down only slightly—all while knowing that the drop was only a temporary paper loss and their income return was possibly unaffected.

Keep all this in mind as you review your April 30th statements. At the same time, enjoy the progress we’ve made as a country in the past year, but remember there are still potential challenges ahead. As the markets have paused to take stock of these challenges, it might also be a good time for you to review your own strategy and make sure it’s still aligned with your goals and right for your risk tolerance!