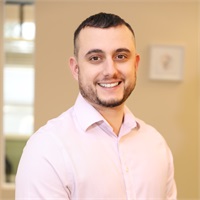 George Kastanis, CFP® joined McLean Advisory Group in 2011.  He has been in the financial services industry since 2009. George found his passion for finance during college and was encouraged by his professors to pursue financial advisement. After starting off with a bigger insurance firm, he quickly realized that being an independent advisor allowed him to better assist his clients.

George strives to use a straightforward approach that is easy to understand and implement. George is committed to both personal and professional development and has earned his CFP® and his BFA.

George Kastanis grew up in the Ocean County Area and is a first generation American. His family, originally from Greece, came to America when he was very young and opened a diner on Long Beach Island. In his spare time, George enjoys travelling, jet skiing, snowboarding and reading.